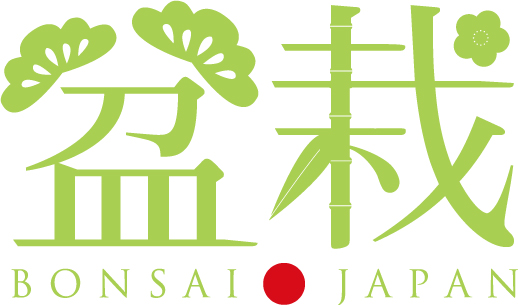 I have no intention of forcing bonsai on anyone. I simply wish to pass along to others what it is about bonsai that has so captivated me.

While I am thankful for having been given life here in Japan, I would also like very much to come together with all of the people of the world, smiling happily.Lastly,

I continue with the belief that this little idea that I have formed cultivating bonsai will reverberate across the world, becoming an enormous prayer. 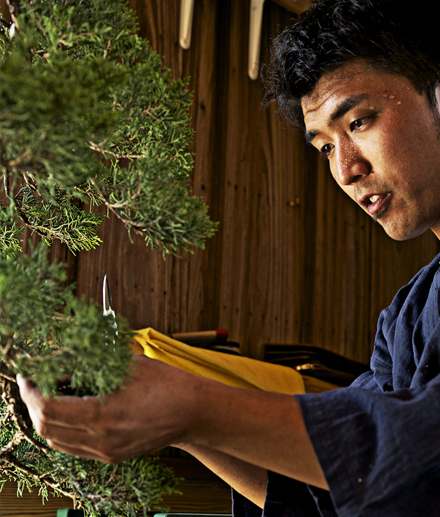 Born in Kumamoto Prefecture in 1982, I moved to Tokyo at the age of nineteen. From there, I went on a journey abroad. Upon returning to Japan, I was shown a bonsai maple tree whose seeds had been sown in commemoration of my fathers birth. I was deeply moved and it was then that I determined to become a bonsai cultivator. After that, I was permitted to enter Daijuen, a very prestigious school in the world of bonsai, after demonstrating my great enthusiasm for bonsai and allowed to study under Kyou/Susume Suzuki. In 2010, having completed five and a half years of intensive training, I plan to start my own school, kigokoroen, in Kumamoto While having the refined, precise techniques and skills fostered bythe most prominent school in the world of bonsai along with an excellent sense, I am also a proponent of newer forms and styles of bonsai, including bonsai live performances, or cultivating moss in the shapes of letters and various sorts of collaborations with artists and decorations involving bonsai. A Bonsai Artist Receiving Attention both from within Japan and Around the World

A bonsai artist who loves trees more than anyone else, and who is loved by the trees as well.